Your first and foremost job as a leader is to take charge of your own energy and then to help orchestrate the energy of those around you.
-Peter Drucker

Leadership is and observable set of skills and abilities that both experienced and novice leaders can use to turn challenging opportunities into remarkable successes.
-James Kouzes & Barry Posner, “The Leadership Challenge”

Your first and foremost job as a leader is to take charge of your own energy and then to help orchestrate the energy of those around you.
-Peter Drucker

Leadership is and observable set of skills and abilities that both experienced and novice leaders can use to turn challenging opportunities into remarkable successes.
-James Kouzes & Barry Posner, “The Leadership Challenge” 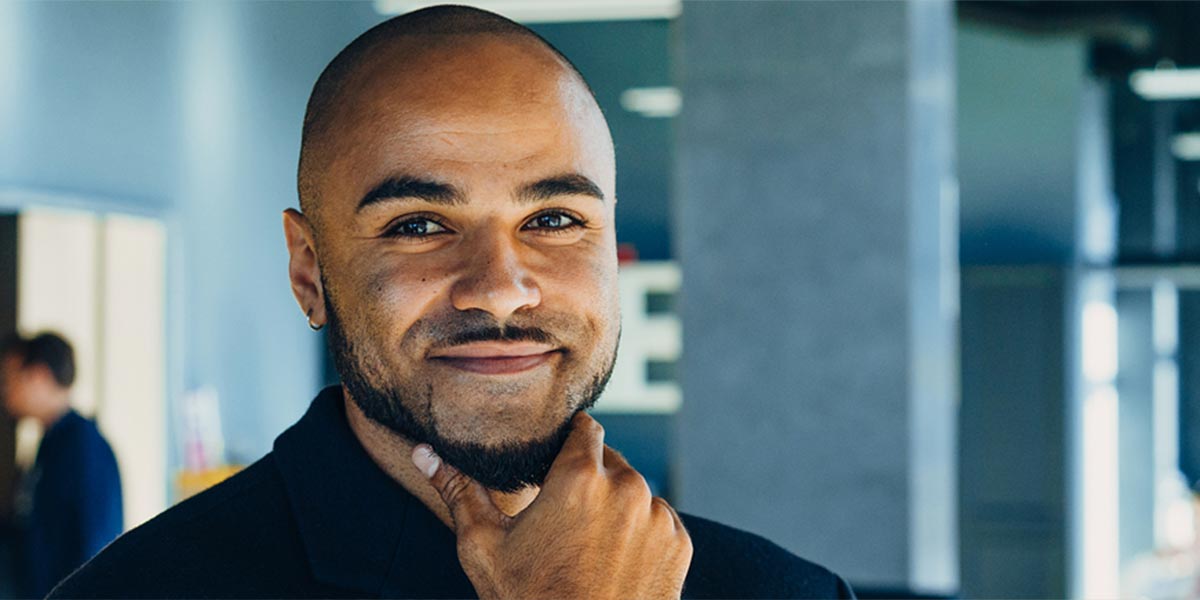 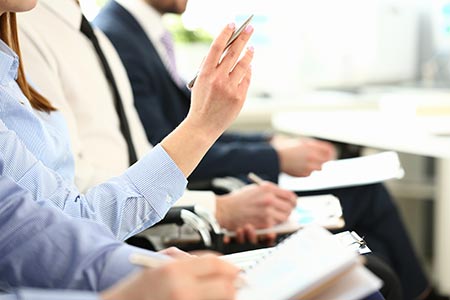 Coherence in organizational leadership requires a high-functioning leadership team that operates with guiding principles and behavioral norms that enable it, as a body of leaders, to act efficiently and effectively in leading the organization and its constituents in delivery of its mission.

Leaders influence others in one of two directions:

High performance in a leadership position

requires conscious and consistent engagement in a collection of behaviors that enable the people in the organization to achieve their highest potential in the delivery of their talent. There are differentiating attributes in leaders that consistently result in influencing in a positive, high-value direction. In order to demonstrate and model effective leadership behaviors a leader must have learned these skills and developed competence.

Leadership development is a discipline that continues through the career of any leader and the life of any leadership team, reflecting an on-going commitment to succession planning and organizational growth.

Being promoted to a position or title of Leadership does not make one a leader.

The truth is, the majority of leaders we work with, when asked, reveal candidly that they never made a conscious choice for leadership. They were promoted into the position usually as recognition of their strong performance in a particular role or endeavor, while concurrently enabling the organization to fill an opening in higher level management. In smart companies, development in the form of coaching or training is provided to ensure success in the new role and reduce the risk of stalling forward movement.

In many companies, there is instead an assumption that previous success assures future success and the ‘high-potential’ manager is congratulated on the new opportunity they’ve earned. Or, perhaps the manager is provided with some recommendations to strengthen a few attributes which are known to be important for successful performance in the new position – but without a development plan the next evaluation of effectiveness occurs a year later during an annual review. 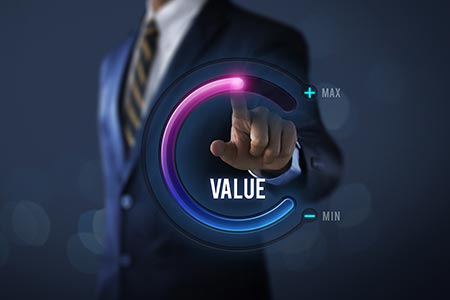 “Arriving at one goal is the starting point to another.” – John Dewey

Other opportunities for leadership development:

Contact us for a precise quotation, and schedule a phone call or meeting so we can discuss your specific needs. Completion of the Needs Survey will assist us to identify the options most appropriate for your needs. Below, popular formats and standard features and options are presented. Other formats are available.

In today’s business environment, leadership success depends on a spectrum of leadership abilities which enable execution in alignment with the organization’s mission and strategy.

That sounds right, but what does it actually look like and how does this really happen? Consider the extent to which leaders and their teams mobilize the organization’s energy for competitive advantage and toward goal achievement.

Capabilities which are the hallmark of high-functioning leaders and teams do not magically appear when groups get together, for example, for a strategy meeting. Team mastery of authentic dialogue and skillful communication, building authentic consensus with commitment, and feedback processes for accountability, is essential for investing leadership’s talent and energy in generative process vs. wasted circular discussions and incoherent "noise" born of power struggle.

These capabilities are purposefully developed so they become part of the DNA of the team or organization. When leaders and their teams have developed a clear and unambiguous definition and understanding of the actions and behaviors that directly align and mobilize the energy within the organization, breakthroughs occur. 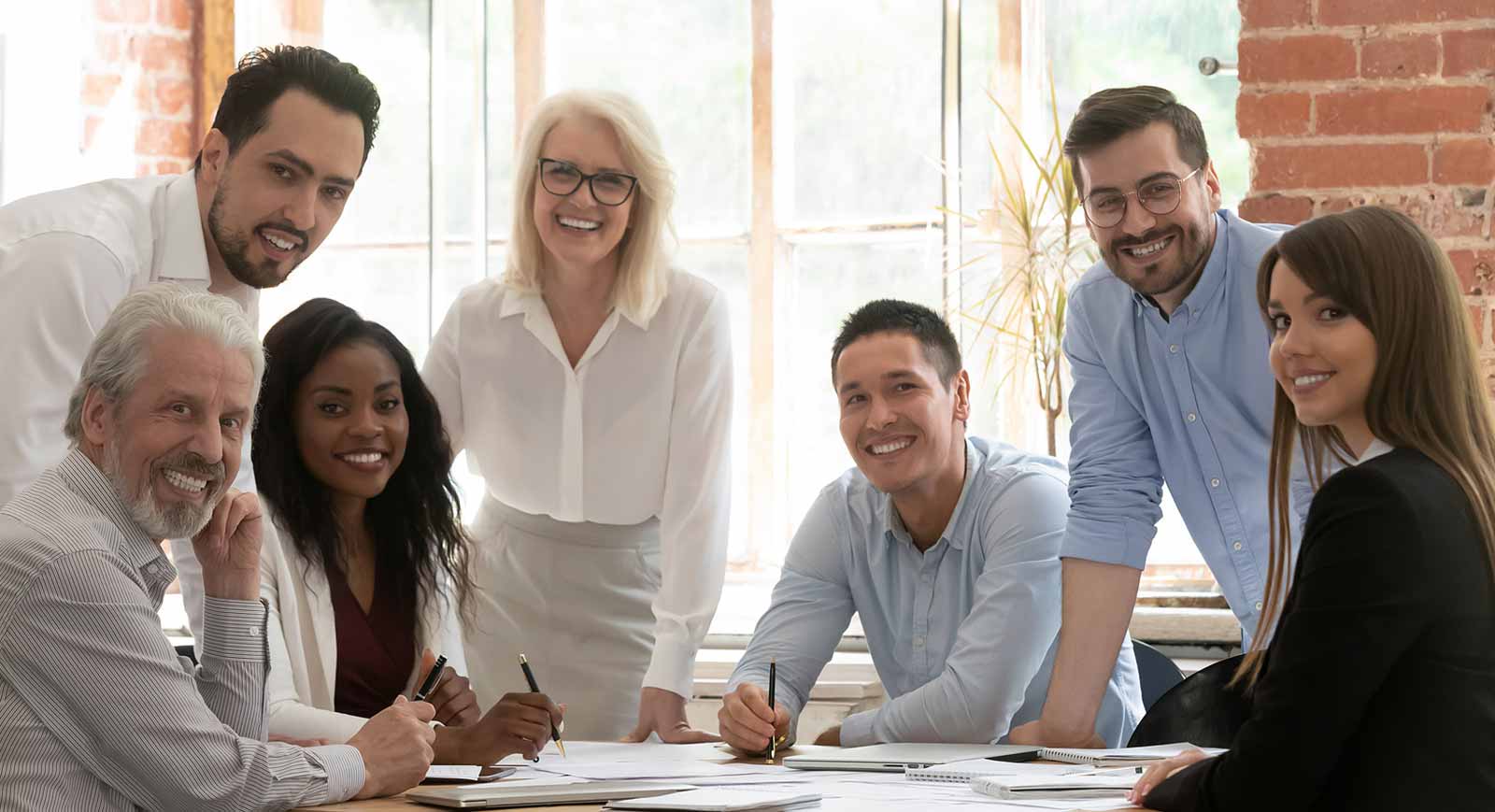 We assist leaders to:

Leadership skills development is provided through these services: 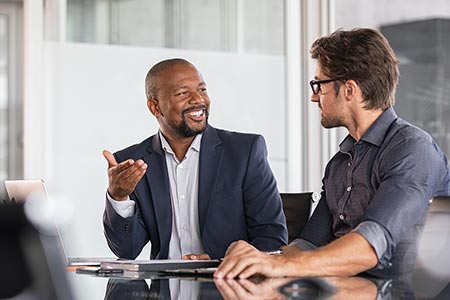 The Leader’s role is central to everything else that happens.

Research conducted at Harvard Business School (Heskett, J. et al) under the title “The service-profit chain” has demonstrated a sequence of effects that are associated with growth and profitability in the most successful companies. The service-profit chain, developed from analysis of successful service organizations, establishes relationships between profitability, customer loyalty and employee satisfaction, loyalty and productivity. This sequence is illustrated below. 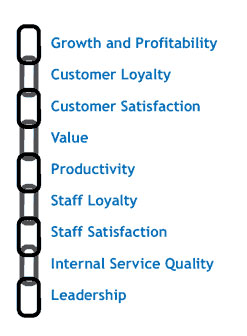 The links in the chain are as follows: 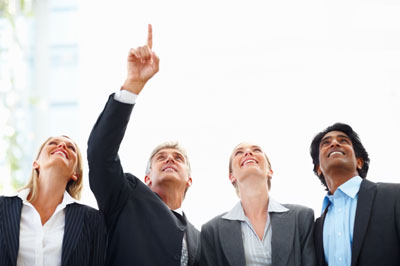 As illustrated above, leadership is what underlies the chain’s success. The service-profit chain is defined by a special kind of leadership.
In particular, to what extent the leadership is:

What the World’s Great Managers Do Differently

The methodology underlying this research has been centered on the study of success. The Gallup Organization has studied productive work groups and productive individuals for more than 25 years. In developing measures of employee perceptions, researchers have focused on the consistently important human resource issues on which managers can develop specific action plans. A set of 13 Core statements evolved from a number of qualitative and quantitative studies of over 80,000 managers in over 400 companies – the largest study of its kind ever undertaken.

Gallup Organization researchers Buckingham and Coffman summarized the 13 Core statements into a set of 12 questions that can be used to measure the strength of a workplace and distinguish strong departments from others, including the core elements needed to attract, focus and retain the most talented and productive employees. 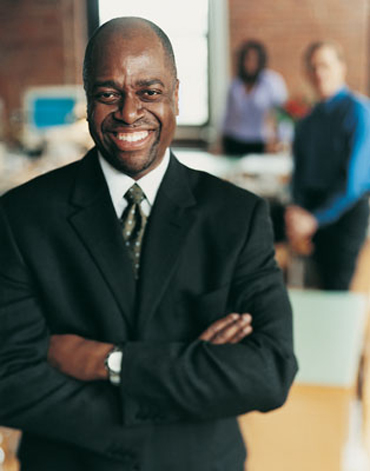 The best managers are those that build a work environment where employees can answer yes to the following 12 statements.

The Gallup study revealed that those companies that reflected positive responses to the 12 questions were more profitable more often, were more productive as business units, retained more employees annually, and satisfied more customers.

In a well-known study by Richard Boyatzis at Weatherhead School of Management/Case Western Reserve University, of 2000+ executives, middle managers and supervisors from 12 different organizations, it was found that of the 16 abilities that distinguished stars from average performers, all but 2 were emotional competencies. A larger analysis duplicated these results when the distinctive qualities of star performers were examined across 286 organizations. Two-thirds of the staff was in the US and one-half in 20 other countries.

These characteristics are defined in terms of behaviors – those thoughts and actions of outstanding performers. Because competencies are behavioral, they can be developed. When emotional intelligence is developed and applied in a manner that manifests as a measurable outcome, it becomes a competence. 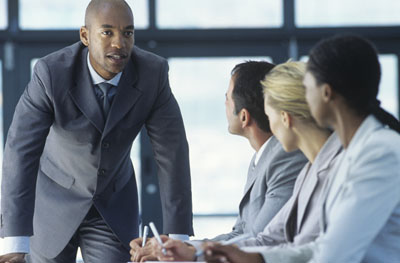